in TDD you are often confronted with the question “should I restrict my unit test to public methods or include private ones as well?”.

There isn’t a widely accepted consensus and there are many articles around on the subject. I’ve been thinking about it recently and this is my take on it.

Generally nobody cares how your class is internally implemented as long as it works as advertised. Private members are an implementation detail and are used by public members anyways (otherwise you could just delete them), so tests on the public interface cover private members as well.

While additional comfort is nice to have, it always comes at a cost. These are the main costs you’ll assume when deciding to test private members:

In order to answer the original question you’ll have to decide if the benefits are greater than the costs.

Personally, I only test public members and occasionally make an exception for private members that produce values difficult to verify at a glance.

When you combine the output of methods that produce “obvious values” it’s generally easy to spot what went wrong (a null reference, an incompletely initialized object, a wrongly formatted string, etc.). On the other hand, when methods generate for ex. floating point values, it’s difficult to quickly tell if something is wrong, thus it’s difficult to understand what caused a test to fail.

For example, I have a public GetPlexoidMass() function that computes the mass of a plexoid using a complex formula based on sine and cosine*. It made sense for me to test the private Sin and Cos functions as well, so that when a test for GetPlexoidMass turns red it takes me less time to figure out what caused the error without debugging every single step in the formula. The intermediate results inside GetPlexoidMass are floating point numbers and it’s otherwise difficult to understand which one is wrong without an accurate and time-consuming analysis.

I hope these elements may help you make the right choice. If you have other criteria or considerations please let discuss in the comments!

It may be obvious for most of you, but it took a while to my caveman brain to realize this, so I figured I could post it for other cavemen. You (we) have got an excuse though: the short release cycle of Silverlight means that most stackoverflow questions and blog posts on the subject are out-of-date and refer to older versions of Silverlight (<=3) when what I describe was not possible.

Up to Silverlight 3 you had to use a Silverlight-specific unit testing tool, like the Silverlight Toolkit framework. These tools are quite awesome and have been fundamental, but it’s nice to have the full power of NUnit (or xUnit & co.) at disposal. In addition to the community and tooling support, it’s practical to use the same tool you already use for other .NET projects.

The game changer is called binary assembly compatibility, brought by Silverlight 4. In a few words this means that you can add a reference to a Silverlight assembly from a “full” .NET project (provided that you don’t use any Silverlight-only class).

If your application is correctly layered (for ex. with MVVM) in most cases it’s trivial to keep views and viewModels/models in separate assemblies. ViewModels and models usually don’t reference any Silverlight-only class (otherwise you may have a code smell!) and are 100% compatible with .NET, so testing them with NUnit is as easy as

no tweaking or hacking required and works fine with F# assemblies as well.

It is typical for views to use Silverlight-only classes, but this is generally not a problem because it doesn’t make much sense to unit-test them anyways as they are mostly XAML with very little amounts of code-behind.

Free tip: if you want to test internal classes and methods you can add the InternalsVisibleTo attribute to the target assembly. 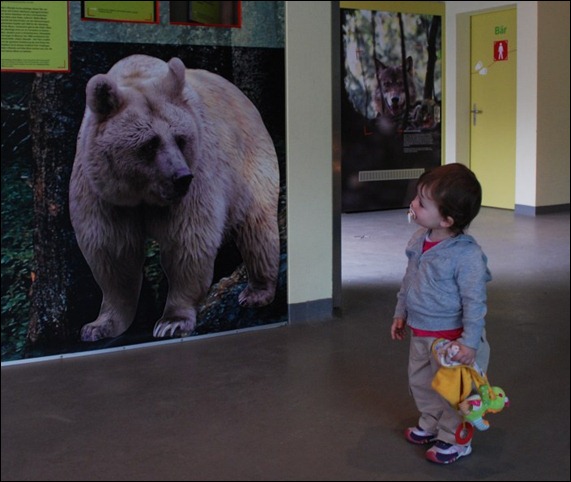